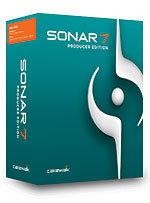 I've been using the new version of Cakewalk Sonar (version 7) during the week of rock, and I'm starting to get a feel for how it's working. The basic verdict: it's a decent upgrade, but it probably should have been Cakewalk Sonar 6.3 beta. Some cool new additions, but nothing that's going to affect me much on a day-to-day basis.

So the bad stuff is mostly just unmet expectations, rather than new problems. It's still the best DAW out there, in my book. I'm hoping they spend some extra time in the coming months squashing out some of the small (but irritating) bugs that have been in their software through several release cycles.

This article has been viewed 11384 times.