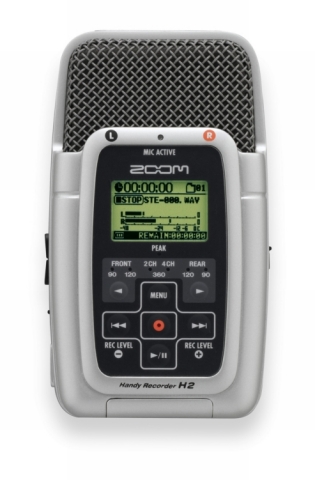 I got a new toy in the mail today. It's the brand new Zoom H2 portable recorder. The Minidisc recorder that I use to tape concerts has been flaky at best over the past year, so I decided to upgrade. I was planning to spend a ton of money for a decent Flash card recorder, but then I read about this being released - for only $199.

It kicks ass. It's one of those rare products that somebody obviously put some thought into designing. Among the coolest features:

The sound quality is surprisingly good! I recorded a guy-and-guitar demo sitting at my kitchen table that had good enough sound to put on a CD. I can see this being my go-to tool for songwriting.

This article has been viewed 16430 times.